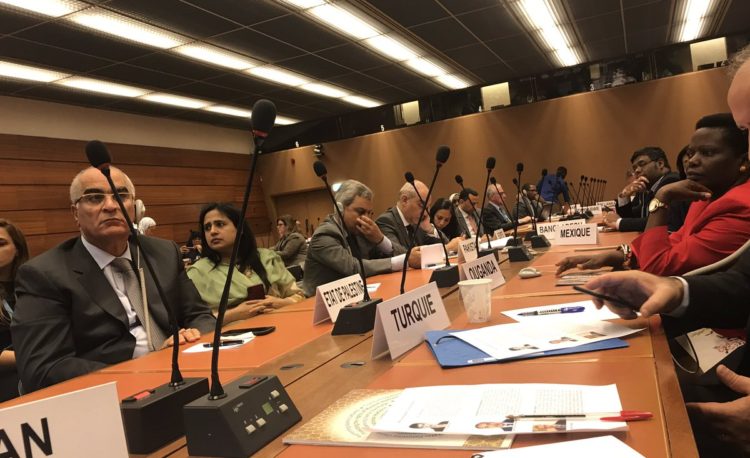 On Friday 5th October, the Islamic Reporting Initiative (IRI) was invited to speak at a special event held at the Palais des Nations, home of the United Nations Office at Geneva (UNOG). The event was organized to celebrate the 49th anniversary of the Organisation of Islamic Cooperation (OIC) and focused on the strategic implementation of the Sustainable Development Goals (SDGs) by OIC Member States.

Closing Remarks
David Chikvaidze, Head of the Secretariat of the Director-General of the UN Office in Geneva

In his presentation, IRI Founder Daan Elffers emphasized the vast potential that can be drawn from the Islamic values shared by its members: “Achieving the SDGs will require a substantial paradigm shift across all sectors everywhere in the world. But by recognizing and strategically building on the intrinsic relationship between Islamic values and principles, and the values which underpin the SDGs, OIC countries already have a 1,400-year head start.”

Elffers made references to several scriptures in the Qur’an which specifically highlight the importance of ‘creating a world where no one is left behind’ in Islamic faith. He also presented the IRI’s recently-launched academic research project which focuses on examining the specific connections between scriptures in the Qur’an and the values which underpin the SDGs.

Founded in 1969, the OIC is the second-largest inter-governmental organization after the United Nations. The OIC has been a strong supporter of the IRI since its founding, in 2015.

Last month, the IRI was awarded the GIFA Championship Award in Sarajevo for its efforts to strategically promote the implementation of the SDGs in the Muslim world.

Article: Islamic Reporting Initiative speaks at the UN in Geneva to discuss strategy and progress on the Sustainable Development Goals in Muslim majority countries.