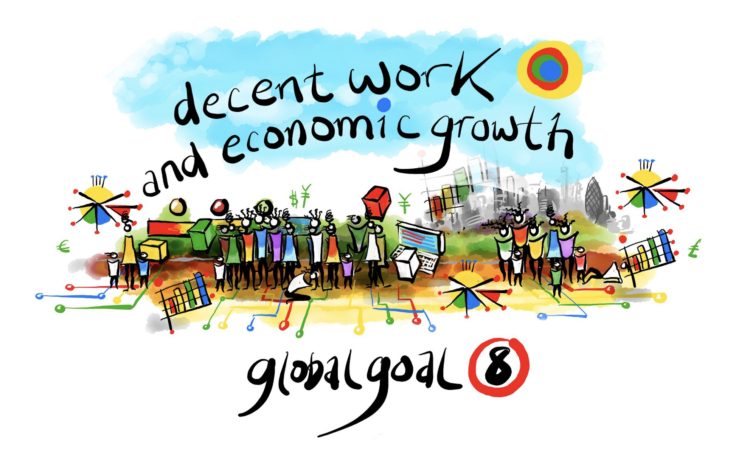 On 16th March, the Islamic Reporting Initiative joined the Global Sustainability Network (GSN) for a series of meetings in relation to tackling Sustainable Development Goal 8 (SDG 8) and modern slavery through technology. The meetings took place at Lambeth Palace, the official London residence of the Archbishop of Canterbury.

The Islamic Reporting Initiative has been actively involved with the GSN since last year, attending previous sessions at the Vatican and the United Nations and in Malta.

The GSN is a community and platform that is passionate and committed to delivering SDG 8 of the Sustainable Development Goals: Decent Work and Economic Growth. Dedicated GSN stakeholder groups include business, community, government, media and faith. With the personal support of Pope Francis, the faith chapter is chaired by IRI Chairman Mohamed Amersi.

Keynote speakers included Baroness Young of Hornsey, and Victoria Atkins MP, the Parliamentary Under Secretary of State for Crime, Safeguarding and Vulnerability and Minister for Women.

The Rt Revd Alastair Redfern presented recent developments of the Clewer Initiative, which is a Church of England project dedicated to mobilizing churches to end modern slavery in the UK and of which he is Chair. Specifically, he announced the launch of a new ‘safe car wash’ app which has been created to strategically engage the public in unearthing victims living in horrendous conditions throughout the UK.

The Archbishop of Canterbury, Justin Welby, has said of the Clewer Initiative: “William Wilberforce convinced his generation that slavery was a sin. That belief has not changed. The sin lies in our ignorance to its existence around us. With this in mind I am delighted that the Church of England has set up the Clewer Initiative to help dioceses detect instances of modern slavery and to provide care to its victims.”

More than 200 years after the abolition of the slave trade there are still an estimated 40.3 million men, women and children trapped in modern slavery, of whom at least 13,000 potential victims in the UK alone.