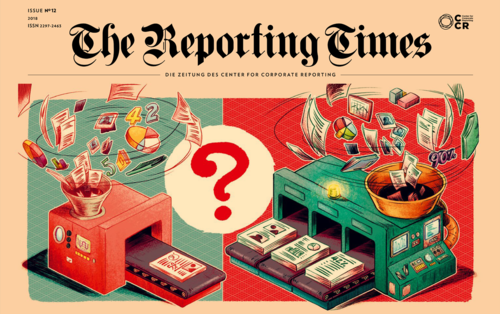 More than 40 million people in the world today are victims of modern slavery. Millions more are being forced to work exceedingly long hours in the harshest of circumstances, with no regard being paid for their health, well‑being, and human rights. Although illegal in almost every country in the world, slavery still exists in some form in the global supply chain of almost every company. How can your organization ensure that its supply chain is beyond reproach?

It is a truism that an organization stands or falls by reason of its reputation. Many well-known brands have been damaged and have had their revenues negatively impacted as a result of exposed malpractice somewhere in their supply chain. For example, last year, in the textile sector, companies such as Sears Roebuck, Walmart, and Zara were put in the spotlight following horrific factory fires in Bangladesh, which killed more than a hundred workers on-site. The news went viral within hours.

This scenario is not unique to the textile industry. Indeed, no sector is immune from such exposure. Sometimes, the brands involved are directly responsible, but in other cases, the real culprit, the weak link, is simply the invisibility of the malpractice.  The increasing complexities of global supply chains render companies vulnerable, and it is evident that a supply chain is only as strong as its weakest link.

What should organizations do? When policies are effectively implemented, businesses in every country worldwide can remove the “demand” for forced and bonded labor, facilitate the reintegration of survivors back into the labor force, enhance overall health‑and‑safety conditions, and play an instrumental role in creating a positive, inclusive working environment.

A key obstacle hindering progress is the lack of transparency, making a global overview difficult to achieve and preventing both companies and consumers from identifying who is following and promoting ethical standards. Bear in mind, organizations are held accountable not just for their own suppliers, but also their suppliers’ suppliers. “We were not aware” is no longer an acceptable response.

Extensive research has shown that mainstream reporting tools often lack relevance or practicality within the local or cultural context, rendering them ineffective and preventing a widespread uptake of sustainability reporting.

Dr Sied Sadek, Managing Director with the international auditing firm DQS states this well: “International standards are sometimes thought to be universal, but they seldom are. They are based upon international experience and best practice, but that does not mean that they can replace local values, or that the vocabulary and terminology can simply be transposed into any culture. Yet, that is exactly what we see happening today. I am absolutely convinced that we need to pay more attention to the local cultural aspects and context when it comes to implementing standards—not only in the Islamic world, but everywhere”.

A systemic approach based on values

The Islamic Reporting Initiative (IRI) recognizes that, if organizations operated in a manner that respected the moral and social teachings of Islam, they could contribute to alleviating poverty, promoting education, and improving health, the environment, and governance in very much the same way as SDGs do.

Potentially relevant to nearly a quarter of the world’s population, the IRI is already working with partners in more than 50 countries to effectively accelerate the uptake of sustainability and CSR in Islamic communities worldwide. Western organizations sourcing goods and services from Muslim-majority countries, as well as local government organizations and businesses, are already welcoming the launch of this much-needed reporting standard.

Organizations can and must do more to promote ethical business practices.

Written by Drs Zeljka Davis, this article was first published in the 12th issue of The Reporting Times under the title ‘Out of Sight, Out of Mind?’.