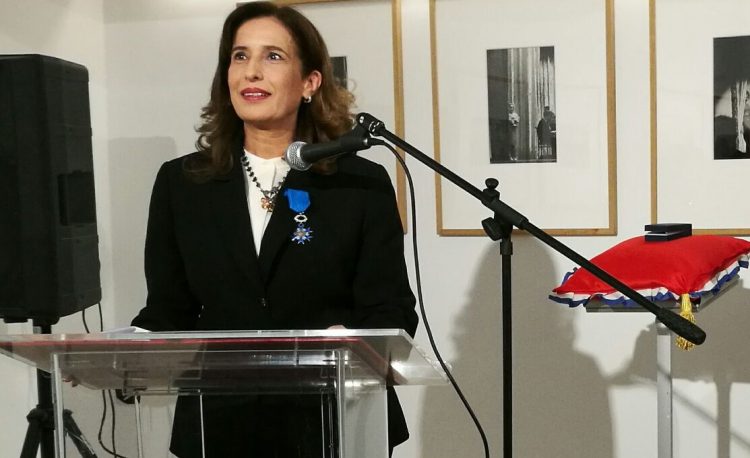 The knighthood will be officially granted by the French President François Hollande on 14 July.

Ms Daraghmeh Masri receives the recognition for her exceptional contribution to the development of French-Palestinian relations and the economic advancement of women in Palestine and the Arab world, in particular through her role of President of the Palestinian Women’s Society for Development, and as a founding member of the Business Women’s Forum of Palestine.

As an active board member of the IRI Foundation since 2015, Ms Daraghmeh Masri continues her efforts for gender balance and the role of women in economic development, not just in Palestine and the Arab world but across communities in more than 50 member states of the Organisation of Islamic Cooperation (OIC).

Speaking about the IRI, an independent not-for-profit organization established to guide businesses worldwide to deliver on the UN Sustainable Development Goals by building on Islamic principles and values, she said:

“The IRI has the potential to become a world-class reporting framework for CSR that will not only advance sustainable development in the Islamic world, but help accelerate international collaboration for global sustainability.”