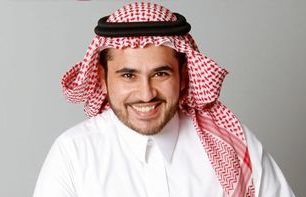 Khalid Alkhudair, the 33-year old Founder and CEO of Glowork, has been ranked third in the ‘100 under 40’ ranking of the world’s most influential young Arabs by Arabian Business announced yesterday.

The entrepreneur started Glowork in 2011, which has since created more than 20,000 jobs for women in Saudi Arabia alone. Awarded ‘Best innovation globally for job creation’ by the UN, ILO and World Bank, Glowork also launched the first career fair dedicated to women in the Middle East which was attended by 17,000 people.

Khalid Alkhudair was elected Global Shaper and Young Global Leader by the World Economic Forum for his outstanding work in social entrepreneurship and is an active writer and contributor to numerous regional and international publications. He is also known for being a Judge on the reality TV show ‘Israr’ on MBC1.

Glowork has been a supporter of the Islamic Reporting Initiative since 2015.

Khalid Alkhudair: “Saudi Arabia is transitioning toward a knowledge-based economy, and integral to the success of this transition is the education and employment of women. Collaborating with the IRI, an organization which promotes such values, presents us with an excellent opportunity to work alongside businesses in delivering on national ambitions.”

Click here to see who is involved with IRI

Sign up and become IRI member – it is free!