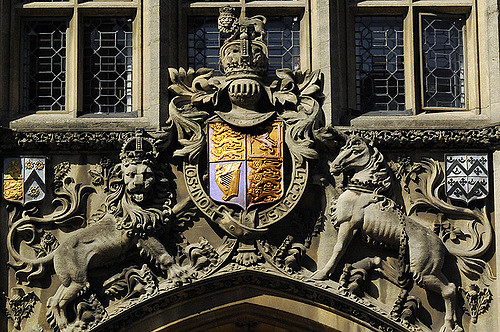 Mohamed Amersi is engaged in a full sphere of activities across the range of profit, responsible profit and non-profit. He is an active philanthropist and social conscience leader on numerous boards and advisory councils, including the Royal Agricultural University and the Prince’s Trust International.

As a trustee of the IRI, Amersi has accepted the responsibility of ensuring compliance with the mission of the IRI by the stakeholders of the organization as well as by the jurisdictional governing authorities. The board of trustees also acts as a supervisory board to the IRI to approve the IRI’s plans and budgets on an annual basis.

IRI Founder Daan Elffers said of Amersi’s appointment: “We congratulate Mr Amersi on this highly prestigious award for his outstanding contribution to business and society. The IRI remains indebted to his continued commitment to its development and goals.”

In his acceptance speech, Amersi expressed his humble gratitude to Brasenose College, highlighting its welcoming spirit and tradition. He described how his time at Oxford – both at Brasenose College and the Said Business School – had played an important role in his life, marking the transition in his career to social impact investment and philanthropy.

Brasenose College was founded in 1509 by William Smyth, bishop of Lincoln, and Sir Richard Sutton, under a charter of King Henry the Eighth in the third year of his reign.

Other notable recipients of the Honorary Fellowship of Brasenose College include the former prime minister of the United Kingdom David Cameron, and Amnesty International director Katherine Allen.