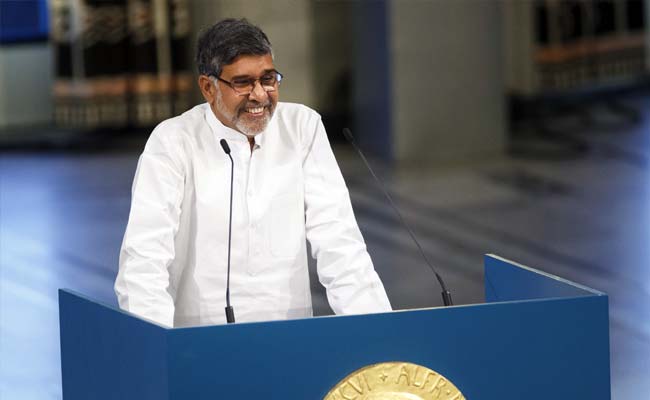 On Friday 28th April the Islamic Reporting Initiative (IRI) attended a private dinner at Mark’s Club in Mayfair, London, in honour of Nobel Peace Prize Laureate Kailash Satyarthi. The event was organized by the Amersi Foundation in partnership with the British Asian Trust. The Chairman of the Amersi Foundation, Mohamed Amersi, is a Trustee of both the IRI and Kailash Satyarthi’s Foundation. Significant net worth was present made up of HNIs, Foundations, Family Offices and Trusts‎.

During the dinner, Kailash Satyarthi spoke to guests about his life and journey, and his incredible efforts to combat child slavery. Growing up in Madhya Pradesh, India, Satyarthi witnessed child labour first hand, and was so moved by this that he founded the Bachpan Bachao Andolan (Save the Childhood Movement) in 1980. Since then he has helped to liberate more than 85,000 children from forced labour across the world, as well as thousands of men and women.

Satyarthi also raised awareness for his latest campaign ‘100 million for 100 million’. This is a 5-year plan aiming to mobilise 100 million young people and children to assist 100 million underprivileged children across the world, ending child labour, child slavery, and violence against children. It is promoting the right of every child to be safe, free and educated. The campaign was launched in December 2016 at the Presidential Palace (Rashtrapati Bhavan) in Delhi, India, and was attended by 6,000 children from around the world. Those present at the launch included the President of India HE Pranab Mukherjee, and indeed IRI trustee Mohamed Amersi.

A notable example of an organisation initiated by Satyarthi is GoodWeave International (formerly known as Rugmark), which he established as the first voluntary labelling, monitoring and certification system of rugs manufactured without the use of child labour in South Asia. In the 1980s and 1990s GoodWeave International ran a campaign in Europe and the United States to raise consumer awareness regarding the accountability of global corporations and socially responsible consumerism and trade. Satyarthi was awarded the Nobel Peace Prize in 2014 together with the Pakistani activist Malala Yousafzai “for their struggle against the suppression of children and young people and for the right of all children to education”. Satyarthi is the second Indian Nobel Peace Prize winner, following Mother Teresa in 1979.

Earlier this month, Satyarthi was also a speaker at the ‘Leaders and Laureates’ session organized by the Prince’s Trust International Leadership Programme 2017 in Windsor. Moderated by Mohamed Amersi, speakers at this event included fellow Nobel Peace Prize Laureate Kofi Annan, and IRI Standard commissioners Imam Ali Abbas Razawi and Imam Ibrahim Mogra. A key topic highly relevant to the IRI was that of the creation of an ‘alliance of virtues’ to enable different faiths to work more closely in presenting the message of peace.