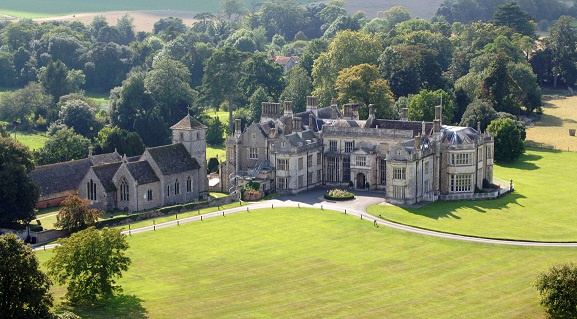 From 6 – 8 March, the Islamic Reporting Initiative (IRI) took part in a series of high-level roundtable talks at Wilton Park, the executive agency of the UK Foreign and Commonwealth Office. Discussions centred on the topic of investing with impact, and how to make finance work in the most challenging places.

The event was by invitation only, and was attended by IRI Trustee Mohamed Amersi, and IRI Founder Daan Elffers.

Founded in 1946, Wilton Park is one of the world’s leading centres for the strategic discussion of key international policy challenges. It provides a forum for honest and open debate on vital global issues in the areas of politics, security and economics.

The conference brought together experts from international finance, project development and policymaking communities from the global north and south to investigate specific instances of investment in challenging environments, including fragile or conflict affected countries:

‘As developing economies grow and living standards continue to rise globally, increasingly the world’s poorest people will be those living in fragile or conflict-affected states. Economic development is crucial to eradicating this poverty. However, businesses in the most challenging environments struggle to find the investment to grow as private sector investors are put off by higher levels of risk, including corruption and a lack of efficient infrastructure such as transportation networks and reliable power. This is evidenced by the fact that 70% of foreign direct investment (FDI) goes to only 10 developing countries.

With limited global aid budgets, there is much talk about how investment will play a critical role in realising the Sustainable Development Goals. The private sector is increasingly seen as a mechanism to stimulate inclusive growth by driving investment that targets the needs of the poorest of contributes to climate change mitigation, whilst still offering attractive returns.’

The mission of the IRI is to enable organizations throughout the world to examine the values that guide their activities, and express with clarity and simplicity their contribution to sustainability in society and the environment.

Therefore, the IRI can play a critical role for impact investors looking to invest in OIC countries* by expediting local support for increased transparency and disclosure. Moreover, OIC countries can benefit tremendously by attracting impact investment from all over the world.

* Established in 1969, the Organisation of Islamic Cooperation (OIC) is the second largest inter-governmental organization after the United Nations. The organization states that it is the collective voice of the Muslim world, safeguarding and protecting the interests of the Muslim world in the spirit of promoting international peace and harmony among the various peoples of the world. The OIC has permanent delegations to the United Nations and the European Union. It has 57 members*, 56 of which are also member states of the United Nations. The collective population of OIC member states is approximately 1.68 billion as of 2014.

The OIC has commended the IRI ‘for its efforts in promoting economic, social and environmental prosperity in a manner that is not only impact-oriented and sustainable, but culturally relevant and responsive.’