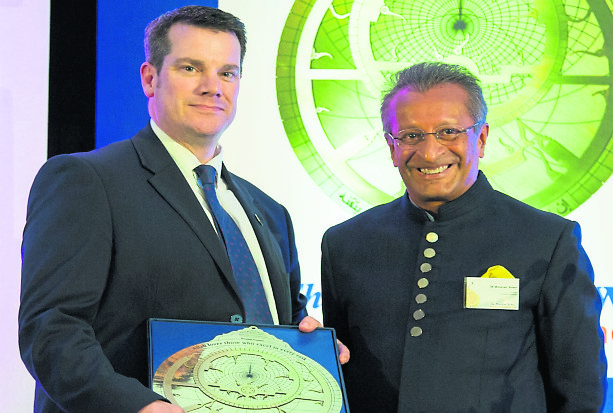 The Muslim News Awards for Excellence is a high-profile gala ceremony showcasing the best of British Muslim talent and is hosted by The Muslim News, the country’s largest and longest-established Muslim newspaper with a readership of over 150,000.

Previous guests of honour have included HRH The Prince of Wales and numerous senior members of the Government including prime ministers Tony Blair and David Cameron.

The Prime Minister the Rt Hon Theresa May MP, who has attended the event in the past, said: “These awards are a fixture in our national calendar, and they serve a really important purpose: highlighting the achievements of British Muslims from all around our country. I am delighted to be able to send my best wishes to everyone at this year’s Muslim News Awards for Excellence.” 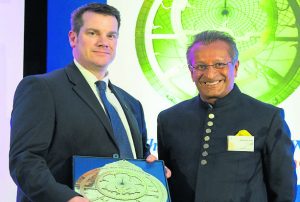 In his speech Mohamed Amersi, founder of his Inclusive Ventures Group and trustee of the IRI, focused on building sustainable and cohesive communities and tackling modern-day slavery, including child slavery. In particular, he highlighted the work of the Islamic Reporting Initiative, and the Global Sustainability Network, which focuses on Sustainable Development Goal 8 – respecting human rights, global resource efficiency, full and productive employment and sustainable economic development.

Ahmed J. Versi, editor of The Muslim News, stated, “The awards ceremony showcases the brilliance of the British Muslim community – huge contributions made by diverse men, women and young people from around the country. You will also find Muslim activists who have done much to improve the lives of others, and of non-Muslims who have worked hard to improve the lives of Muslims.”

For the complete overview of winners, please see: http://muslimnews.co.uk/news/uk/winners-muslim-news-awards-excellence-2017/