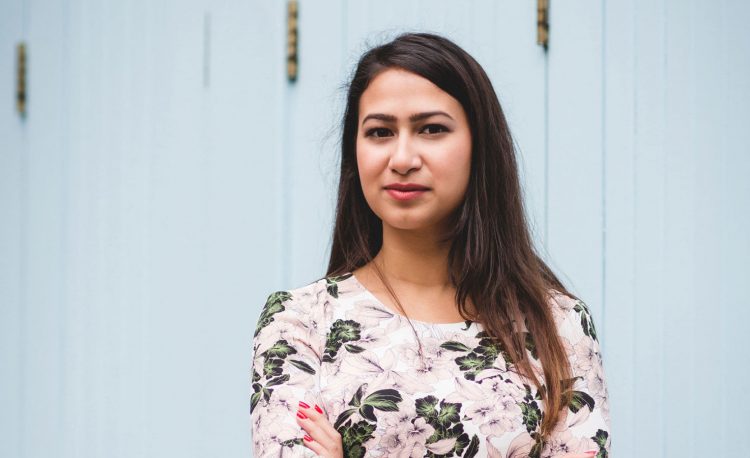 Fatima Zaman (1993), one of ten Young Leaders of ‘Extremely Together’ – an initiative of the Kofi Annan Foundation – delivered a speech on ‘ending the clash of civilizations’, and building a compelling future of hope:

I’m delighted to be sitting on a panel of such inspiring individuals. Allow me to begin by telling you a little about myself.

Within me exists a clash of civilisations – or so I’ve been told.

Whether it is my being Bengali or my being Muslim, somehow my very identity seems to antagonise those around me.

Our world today is a complex place with more man-made conflicts than ever before. In an age of fear, a climate of populism, and an era of ‘fake news’, none have benefitted more from dividing and ‘othering’ the world than violent extremists.

They employ a narrative that seeks to drive hate and fear into our minds, creating a binary world view in which Muslims are diametrically opposed to the rest.

Time and time again we have seen this occur – Huntington’s theorisation has been brought to fruition by countless extremists including Al Qaeda, Anders Brevik and now Da’esh.

The use of hate as propaganda and the misinterpretation of faith, coupled with the weaponisation of social media, has allowed violent extremists to poison our humanity and allow a vacuum of extreme faith and extreme nationalism to take root.

Terrorist organisations have mastered the art of exploiting religious differences, grievances and identity crises shared by many young people to radicalise and recruit our peers. This so-called clash of civilisations is being felt most severely by youth.

More than half the world’s population is under the age of 30 and tends to be hardest hit by the world’s inequalities and injustices. Amongst the current political establishments, the youth voice has often gone unheard.

The problems of today affect us all, yet we have been systematically carved out of the decision-making process.

As my mentor Mr Kofi Annan has already said, even though we will inherit the consequences of decisions made today, we have not been allowed a chance to contribute to the solution.

There are 1.8 billion young people around the world who want to contribute positively and counter extremism. Breaking into the decision-making realms has proven difficult, and certainly the international security space has been almost fully closed to us.

The agency of youth is and has been a missed opportunity. Although there have been numerous commitments and declarations made by world leaders in recent years emphasizing the importance of youth in tackling issues of global concern, our role is still often limited to implementing partners, at best, on policies and strategies.

However, I am excited to share with you a unique initiative launched by the Kofi Annan Foundation called Extremely Together.

We do business differently – Extremely Together takes ten local models and approaches of CVE and applies them to the global context.

Mr Annan has recognised there exists a leadership vacuum in which young people are consistently forgotten about. He is leveraging his own networks to make sure that young leaders are being seen and heard, and more importantly being given a deserving seat at the proverbial decision-making table.

I believe my generation is perfectly placed to lead counter-extremism and build a peaceful and more stable world.

Extremely Together is of the youth, for the youth and by the youth. I ask that those present here today follow in the footsteps of the Prince’s Trust and take steps to include us in your discussions.

As one of Mr Annan’s Young Leaders, I believe youth have an opportunity to deconstruct the silos that exist in countering global violence and show why including youth meaningfully is not an optional second, but a fundamental priority to end extremism.

Extremely Together – and the clue is in our name – seeks the to end this clash of civilisations where you and I are enemies by the virtue of our race, religion or creed.

We will show that no matter where we are from, what faith we believe in, ethnicity we have or belief system we hold dear, we will not be silenced by the destructive, divisive and simplistic narratives told by a minority of extremists.

Our vision for the future carries more hope, is more compelling, and is more powerful than the hate espoused by extremists.